The Traffic Quintet is an atypical ensemble, born out of an initiative of the violinist Dominique Lemonnier, aka Solrey, exploring the great repertoire of films scores since 2005. The quintet invites itself in the world of chamber music and proposes unprecedented musical shows. Solrey collaborates closely with the composer Alexandre Desplat to offer creative transcriptions and ambitious projects of film music. Traffic Quintet recorded numerous scores for the composer as Fantastic Mr Fox, Lust Caution, A Self-made Hero, Read My Lips...

Surrounded by passionate musicians about new repertoires, Solrey creates a visual space for each show for this innovative formation (string quartet and double bass) structured around a theme, music and video creation. Their concerts are new sound and visual experiences for the audience.

After the success of Nouvelles Vagues, an homage to the film composers of the 1960’s, Solrey creates Divine Féminin for the Traffic Quintet, evoking the sacrificial women from Pascal Dusapin to Bernard Herrmann, then Eldorado (2011), a journey in the American dream from Miles Davis to Philip Glass, and Quai de Scènes (2013), dedicated to Alexandre Desplat’s music. 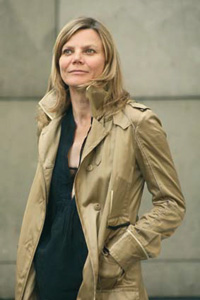 Founder of the Traffic Quintet in 2005, Dominique Lemonnier, known as « Solrey », continues to explore the world of film music by combining it with video creation.

Yes, the eye listens: Solrey knows the secrets of chamber music. Like an alchemist attentive to the possible echoes, she combines music, image, reminiscences, silences...

Formed by the Franco-Belgian school with Gabriel Bouillon then Pierre Doukan, she was invited in the United States to perfect with the violin master Henri Temianka. She also took part in the master classes of the very famous Chigiana Academy in Sienna as well as the baroque Basel Music Academy. She performed in numerous musical groups as a chamber musician and as an orchestral player (Orchestre Philharmonique de Radio France, Ensemble Instrumental de Lausanne, California Chamber Orchestra, Ensemble Mosaïques, European Camerata...). From an early age, she performed with orchestras and has developed a style and a pure interpretation where the strings are central to the compositions of her partner, Alexandre Desplat.

With determined eclecticism, she regularly participates in various projects considering other kinds of music such as jazz and tango, as well as cinema and theatre (with André Engel, Georges Lavaudant...). So many journeys have led to this production... It is a very personal pan, with her musicians, that Solrey has now opened.

In 2010, after a tragic brain surgery causing hemiplegia of her left arm and after four years of intense therapy, Solrey was back on stage successfully with two new shows for the Cité de la Musique.

This handicap requires her to concentrate on a finger technique to compensate the weakness of her left hand. She develops a musicality and a bow phrasing which emphasizes her special play. 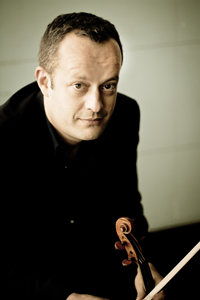 After studies at the CNSMDP (Conservatoire National Supérieur de Musique de Paris) and then in the United States, Thibault Vieux was awarded prizes in several international competitions.

He has performed as a concert soloist in France and abroad with renowned orchestras and as a chamber musician in prestigious concert halls such as the Concertgebouw in Amsterdam.

He joined the Orchestre de l’Opéra de Paris in 1998 and in 2007, he was appointed assistant concertmaster. 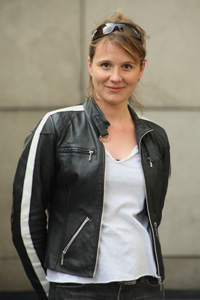 She trained both at the CNSMD in Paris and with masters such as Barthold Kuijken and James Levine. 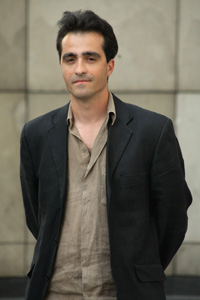 Raphaël Perraud trained at the Conservatoire de Valence, then at the CNSMD in Paris and Lyon, and followed master classes with Janos Starker, Roland Pidoux and Siegfried Palm.

A prize-winner in several international competitions, he has performed with prestigious orchestras and has also participated in numerous festivals in France and abroad as a chamber musician, in particular with Quatuor Renoir until 2004.

He is also an assistant professor at CNSMD in Paris and super soloist in the Orchestre National de France. 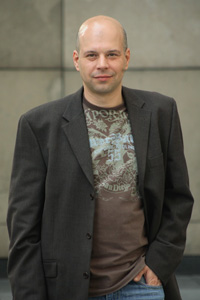 Recruited by the Orchestre National de l’Opéra de Lyon under the direction of John Elliott Gardiner and Kent Nagano at the age of 17, soloist with the Ensemble Forum conducted by Marc Foster two years later, Philippe Noharet is currently the double bass player at the Opéra National de Paris.

He is a member of the ensemble Colors of Invention led by Gilles Apap. 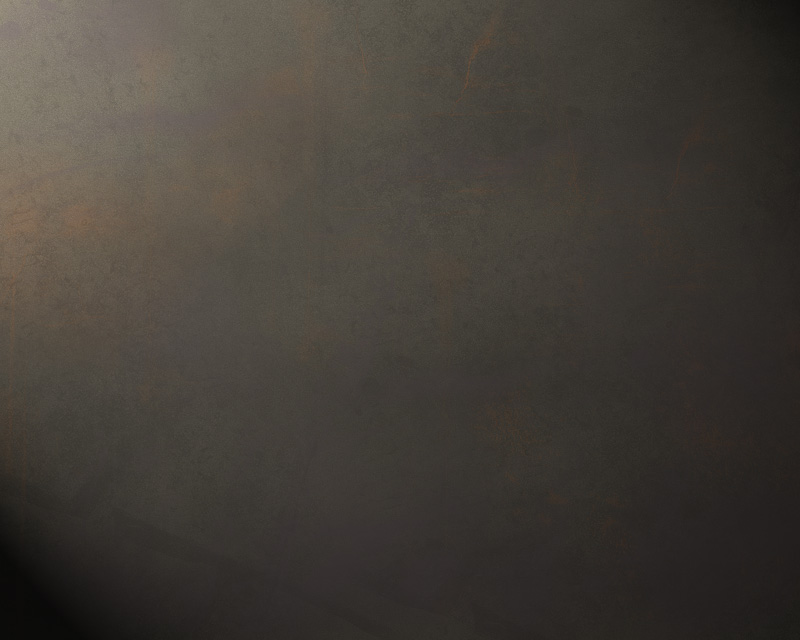